Web3-wallet development doesn’t stand still. Every year, new technology and best practices make these applications better and better. In this post, we will discuss these technologies and practices – ten trends that you must be aware of and take into account when designing your WEB3 Wallet for cryptocurrencies, smart contracts, Dapps, DeFi, GameFi, and NFT.

Cybercrime is perhaps the greatest issue in the field of cryptocurrencies, blockchain, and Web3. According to an analysis from Schainalicious, hackers stole $1.3 billion from cryptocurrency exchanges, various DeFi platforms, and people in just the first three months of 2022. 97% of all crypto stolen in the first quarter of 2022 was obtained from DeFi protocols, compared to 72% and 30% in 2021 and 2020, respectively. In addition, the largest thefts are typically the result of security flaws and programming errors.

Quantity of cybercrime-related losses in the cryptocurrency, blockchain, and Web3 markets

Additionally, cryptocurrency wallets have been compromised more frequently. In August, thieves stole $8 million worth of SOL and USDC tokens. According to Elliptic experts, the issue appears to be tied to a flaw in the Slope hot cryptocurrency wallet’s source code (Phantom and Trust Wallet may also have been compromised). The hacking of the “most trusted” bitcoin wallet Trezor One is another recent example. Joe Grand, an American engineer, hacked the device to help the wallet’s owner recover $2 million held on it.

It is reasonable to predict that in the future, all Web3-wallet developers will pay more attention to their security. This includes both the safety of the wallet (the program that the user employs) and the protection of the wallet’s online platform. In addition, developers will likely adopt extra security measures to safeguard tokens and user data in the event of hacking by third-party services (cryptocurrency exchanges, smart contracts, bridges, etc.).

The second significant trend in Web3 wallet development design will be the development of GameFi integrations. GameFi (a mix of Game and Finance) refers to play-to-earn (P2E, play and earn) blockchain-based games and non-exchangeable tokens (NFTs). This industry is predicted to increase from $8.9 billion in 2021 to $74 billion by 2031 at a compound annual growth rate (CAGR) of 23.7% since the popularity of such endeavors has soared over the past two years.

The expansion of GameFi will be mostly driven by AAA games. Illuvium, Guilt of Guardians, Star Atlas, Ember Sword, and Otherside (a game by publishers Bored Ape Yacht Club, CryptoPunks, and Meebits) will be launched by the end of 2022 or the new beginning of 2023, along with numerous additional projects. Together with the already-launched Decentraland, Axie Infinity, and The Sandbox, they will significantly raise market interest; once teenagers understand they can make money playing their favorite game, GameFi will be unstoppable.

When this occurs, developers of cryptocurrency Web3-wallets will begin adding integrations with GameFi projects en masse, ranging from buying and selling in-game currency to smart escrow contracts that enable players to exchange their NFTs from one video game for the NFTs of another game project quickly and securely. The integration of cryptocurrencies with platforms such as GameJolt, Origin, Epic Games Store, GameJolt, Google Stadia, Twitch, and maybe Steam is also likely.

Here are a few examples of AI usage in Web3 wallets:

Developing programming for a cryptocurrency wallet application. Already, AI aids in testing and optimizing application code. AI solutions are also being evaluated for their ability to generate code from scratch.

Utilizing chatbots and digital personal assistants. You have likely encountered or heard of Alexa and Siri. These artificial intelligence chatbots are becoming increasingly smart; as time passes, they will become more lifelike and capable of doing more complex jobs, such as purchasing cryptocurrency on demand and managing personal money.

Creation of new non-fungible tokens in your wallet. The most popular and pricey NFTs collections (Bored Ape Yacht Club, CryptoPunks) consist of artificial intelligence-generated images. What prohibits the addition of an AI capability to generate NFTs to Web3-wallet, allowing users to generate NFTs rather than purchase them? As demonstrated by the Colorado fine art competition, AI is capable of producing works of art on par with human artists.

AI is the watchdog for security. Here’s something else that artificial intelligence can assist with. It can be taught to hunt for “holes” in wallet protection, detect unusual activity, stop hacker assaults in real-time, and so forth.

Jan Grigg conceived the Ricardian style of contract in 1996. The concept is that there will be two contracts, one in text format that resembles a standard contract and the other in digital format that only humans can read. In other words, a Ricardian contract converts the defining components of a legal contract into a format that can be represented and performed in computer code (a smart contract).

Despite being groundbreaking, the concept was not widely adopted when it was first introduced since technology at the time did not permit its implementation. However, this is no longer an issue. As a result of the introduction of blockchain technology, this concept appears to be fully exploitable.

If there is a dispute or disagreement in the interpretation, the parties can bring the contract to court, whereas this would be very difficult with a normal blockchain-based smart contract.

A Ricardian contract would be understandable to the average person without programming or blockchain understanding. They will be able to read and edit it as if it were a standard legal text document.

The massive quantity of electricity that blockchain requires is one of the biggest impediments to its promising future. Bitcoin and other Proof-of-Work (PoW) blockchains demand an excessive amount of resources to run and, as a result, create an excessively high carbon footprint, which harms the global environment. This is why many individuals and groups oppose Bitcoin’s widespread adoption. Elon Musk, the CEO of Tesla, declared in 2021 that the company would not take Bitcoin due to its opposition to greenhouse gas pollution.

Given the increasing significance of the eco-trend, the blockchain and cryptocurrency communities will be required to meet this demand by forsaking PoW blockchains and linked Web3 apps, for instance. In early 2022, Eric Teden, vice chairman of the European Securities and Markets Authority (ESMA), recommended a total ban on energy-intensive mining based on the Proof-of-Work method.

The Ethereum blockchain network, for instance, is planning to move from Proof-of-Work to Proof-of-Stake in late 2022 or early 2023. This would release vast quantities of capacity held for PoW-mining, lowering the carbon footprint of the planet.

Support us by making a Small Donation 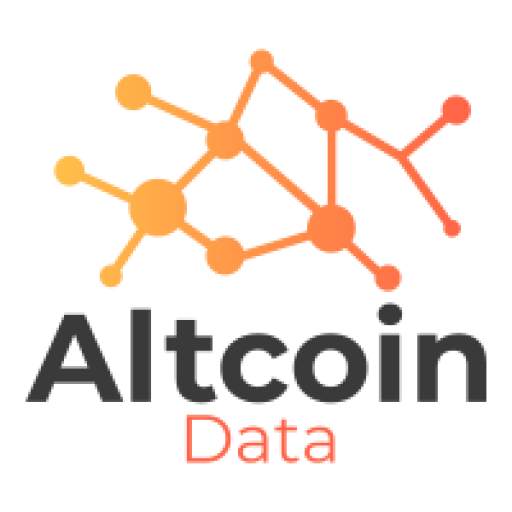